Welcome to our Patch 8.1.5 Content Hub! This guide highlights the major topics and implementations of this patch, which will help you easily track and choose which content to tackle first.

Whether you are a mount or pet lover, a story and lore enthusiast, PvP veteran or an event celebrator, you will almost certainly find something of interest that you will look forward to in the coming patch.

With the coming of patch 8.1.5, players will be surprised at the amount of content in the form of collectibles. A wide variety of collectibles ranging from new allied races mounts, timewalking mounts, holiday items, heirlooms, to cosmetics and transmog, as well as a long list of pets will be implemented for all types of collectors.

Completing the Raiding with Leashes VI: Pets of Pandaria achievement will reward you with Happiness which teaches Happiness. 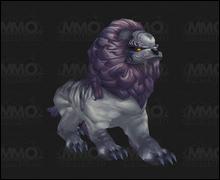 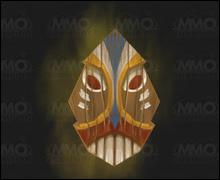 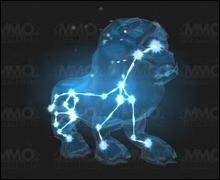 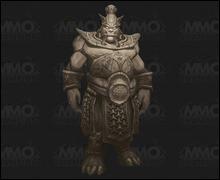 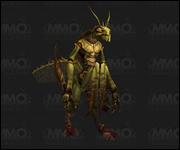 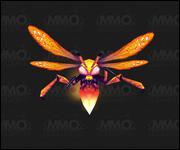 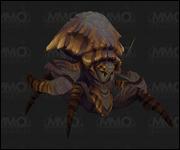 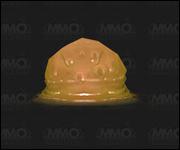 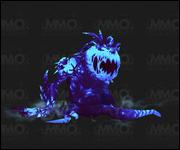 In Patch 8.1.5 you can get new shirts from the Brawler's Guild and the Free T-Shirt Day Micro-Holiday.

Tools of the Trade

Professions will get something noteworthy as well, in the sense of unique questlines for all primary professions (Alchemy, Blacksmithing, Enchanting, Engineering, Inscription, Jewelcrafting, Leatherworking, and Tailoring).

To get started on your profession questline, you’ll need to have reached level 120 and have a skill of 150 (Kul Tiran or Zandalari) in your chosen crafting profession.

Upon completion, the player will receive a new Tool of the Trade.

The Crucible of Storms is an upcoming two-boss raid that will help reveal the story of Stormsong Valley, in order to further dive deep into the upcoming story. It will take you into the depths underneath the Shrine of the Storm dungeon, and will include the Xal'atath questline which will provide in-depth details of the backstory of this raid.

A long-submerged evil stirs beneath the Shrine of the Storm. The whispers that drove Lord Stormsong to madness echo within the depths, a siren song of eldritch power. Those who listen and obey prepare dark rituals to carry out their master’s will. Whatever nightmarish schemes fuel their fantastical devotion, one thing is certain: they must be stopped.

As the tensions arise more vividly and aggressively between the Alliance and the Horde, the war campaigns are of course going forward as well, bringing more interactive story-driven content such as we've previously seen in the previous major patch.

Sylvanas’s latest scheme causes Baine Bloodhoof to seek out Jaina Proudmoore, far from prying eyes. Speak to Bluffwatcher Proudscar in Zuldazar or Halford Wyrmbane in Boralus to further your faction’s agenda in this time of strife.

New to 8.1.5 is the Two Sides to Every Tale achievement which requires you to complete both the Horde and Alliance War Campaigns, and Loremaster in both Zandalar and Kul Tiras. If you earn the achievement then you will get two mounts: Bloodflank Charger and Ironclad Frostclaw.

Xal'atath's Questline serves as an introduction to the Crucible of Storms raid where Xal'atath makes its second appearance and inquires the help of the heroes. Ultimately players empower Xal'atath and give her physical form.

To start this questline you will have to loot Azsharan Medallion from Naga invaders during or after the Naga Attack! World Quest.

At the end of the questline you will be offered a choice, you can accept N'Zoth gift or cleanse it. If you opt to cleanse N'Zoth's gift then you will receive the Twitching Eyeball toy, which allows you to see players that have accepted the gift.

Anduin Wrynn: When Sylvanas Windrunner became Warchief, I knew we would not be friends...but I didn't want us to be enemies. Then came the massacre in Arathi and the burning of Teldrassil.
Anduin Wrynn: It's clear she does not fight for Azeroth, she doesn't even fight for the Horde. She wages war upon life itself.
Anduin Wrynn: We are so close to ending this conflict and forging a lasting peace, but if Sylvanas uncovers some new weapon that allows her to keep fighting...
Anduin Wrynn: No, we must discover what she's after and stop whatever madness she seeks to unleash upon us. 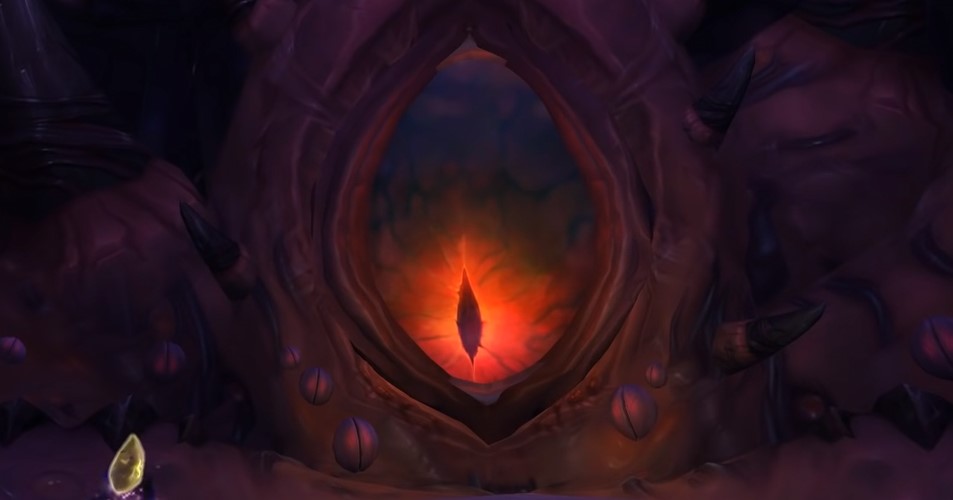 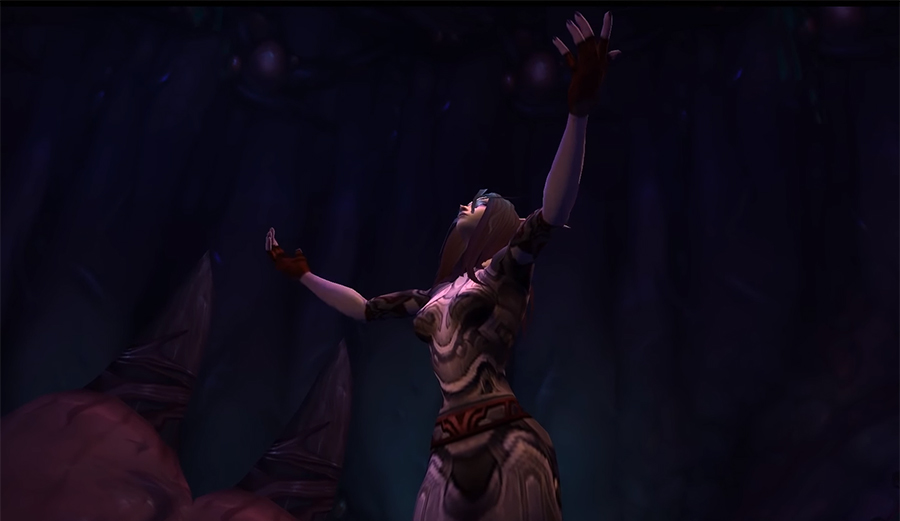 Brawler's Guild returns in Patch 8.1.5 with a Murder Mystery Questline and plenty of rewards, including tabards, transmog sets and Bruce!

To get into the Brawler's Guild you will need to be level 120 and have either a Blood-Soaked Invitation or Brawler's Pass which you can get by defeating enemies of the opposite faction in Zandalar and Kul Tiras. A new vendor - A. Shady - will also have those items for sale in Orgrimmar and Stormwind.

To start the questline you will have to win a brawl and then pick up the quest Murder at the Brawl'gar Arena.

While on the questline you will have to win brawls and rumbles, earn Brawler's Gold, gain access to the VIP lounge and reach Rank 8.

The old rewards are still available for purchase from the Quartermaster. New rewards include:

Patch 8.1.5 also brings a short questline that sheds some light on the fate of two characters from the Before the Storm book.

To start the questline for Feathers, a new mechanical parrot battle pet, you will have to talk to Gazlowe in Zandalar Harbor or Kelsey Steelspark in Boralus.

Magni and the Heart of Azeroth

There is also a short questline involving Magni Bronzebeard and his countless attempts in healing Azeroth. Even though we've managed to help Azeroth, Magni says that it's not enough and that more needs to be done.

To start this questline go to Silithus and pick up A Brother's Help from Magni. Completing this questline adds 10 item levels to your Heart of Azeroth.

The Return of Hati

8.1.5 brings back the Hunters' favorite companion, allowing Beast Mastery Hunters to once again bind Hati to themselves. A lot of Hunters will be thrilled to hear that Hati is back and in search of its master again!

If you're a level 120 Hunter then you can start this questline by talking to Image of Mimiron located in Tradewinds Market in Boralus or the Great Bazaar in Zuldazar.

If you'd like to know more about the return of Hati check out Petopia! 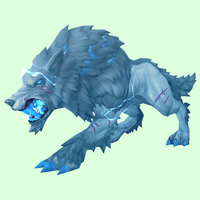 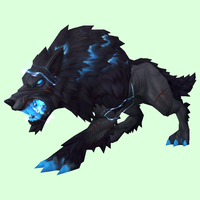 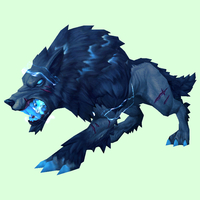 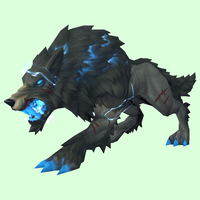 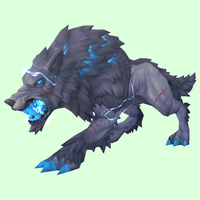 Beneath the depths something sinister stirs…

The serpentine forces of Queen Azshara are boldly venturing onto the beaches of Kul Tiras and Zandalar—strike them down!

Make sure to loot the Azsharan Medallion from Naga invaders during the Naga Attack! World Quest, as that's how you start Xal'atath's Questline.

A turtle made it to the water? Not on your watch.

Indubitably, the most notable content update that is coming with the release of the major patch 8.1.5 are the new Allied Races.

After the events of the Battle of Dazar'alor, you can now prove yourself to the Zandalari Trolls and Kul Tiran Humans and earn their trust and allegiance to your faction.

In order to create a Zandalari Troll you will have to meet the following requirements:

After you meet these requirements, the Recruitment Scenario for the Zandalari Trolls becomes available in the Orgrimmar Embassy.

In order to create a Kul Tiran Human you will have to meet the following requirements:

After you meet these requirements, the Recruitment Scenario for the Kul Tiran Humans becomes available in the Stormwind Embassy.

Upon completing the Recruitment Scenarios you will receive the Zandalari Direhorn and the Kul Tiran Charger mounts.

If you want to learn more info about these Allied Races, such as the heritage armor rewards, available classes, druid forms, racial spells and more then check out our guides:

Beside the updates to the Brawler's Guild (which you can check above), several World Events are getting new quests and collectibles!

The Children's Week is finally making its way to Kul Tiras and Zandalar, which will add the option of fostering a Kul Tiran or Zandalari child and showing them a good and adventurous time during this special week. With this addition, four additional pets will be introduced as part of this world event.

New to the Darkmoon Faire is the Roller Coaster, a motion sickness simulator which will give you a first person point of view experience. This will be an additional way to obtain the WHEE! buff in addition to the Carousel which has been around for a long time.

There are also two new mounts available for purchase: the Beastlord's Irontusk and Beastlord's Warwolf. They cost 5,000 Timewarped Badge and you can get them from Kronnus in Warspear or Tempra in Stormshield depending on your faction.

For a for a very limited time later this year, enjoy the wonders of:

Once known as Vashj'ir Diving Day, a new micro-holiday is being added as part of the 8.1.5 patch by the name of Luminous Luminaries. It is similar to one of the quests that's part of the Horde War Campaign and will take place on July 13.

Players will be able to dive to the ocean floors of Vashj'ir and collect jellyfish (Luminescent Research Notes) which are attracted to light. However, keeping the light on for too long may attract a Whale Shark, which you don't want in your vicinity.

Handing in Luminescent Research Notes will earn you rewards such as:

A new Micro-Holiday will be making its debut on August 16, the Free T-Shirt Day! During this Micro-Holiday, an NPC will spawn in the Valley of Honor and the Dwarven District that launches T-Shirts around them periodically.

By clicking on a T-Shirt on the ground, you will either get one of the various cosmetic shirts, or a rare blue item which is called "Free T-Shirt" which removes your upper armor in order to show the shirt underneath it.

The Wanderer's Festival is another new addition to Micro-Holidays and will occur on December 7. Make your way to the Turtle Beach in Krasarang Wilds, celebrate, enjoy and honor Liu Lang and Shen-zin Su.

Those present during the Wanderer's Festival will be awarded with the Wanderers, Dreamers, and You achievement, be it during the opening or closing ceremony of the micro-holiday.

For all the pet lovers, there is even more reason to take part in this event, as you will be able to catch a Wanderer's Festival Hatchling battle pet, which only spawns while the ceremony is taking place.

Both of the factions are getting new portal rooms with the intent of having all portals in one location. This will make it easier to travel across Azeroth without having to remember where each individual portal was.

On the Horde side, within the Gates of Orgrimmar is a basement that will be the new portal room, just in front of the entrance to the inner zone.

On the Alliance side, the Mage Tower is where the new portal room will be, replacing the old portal room.

The PvP enthusiasts have of course not been forgotten in this update either. With the coming of 8.1.5, there will be a new Epic Battleground, updated visuals for certain existing battlegrounds, as well as a new brawl mode.

Wintergrasp is making its return as an Epic Battleground. For its release it will be featured as a Brawl, after which it will transition into the Epic Battlegrounds section in the Group Finder.

The updated battlegrounds include Arathi Basin and, of course, Warsong Gulch! The gameplay will remain the same, but both battlegrounds will be given fresh new visuals in order to maximize the awe and experience of these two classics.

The new brawl mode that's approaching is something different to what we've been used to in PvP. Following the success of the Island Expeditions AI, we are now getting a chance to fight them within Arathi Basin as well!