With the Shadowlands pre-expansion patch, you’ll have hundreds of new character customization options available at your fingertips to make characters uniquely yours. Carve your human’s face with battle scars, adorn your blood elves in delicate armlets and wristbands skillfully forged by Silvermoon’s metalsmiths, and give your worgen glowing eyes or vertical-slit pupils to reflect the beast within.

One of the first things you’ll notice is the character creation screen has been completely remade, with race portraits on either side of the screen and class icons displayed along the bottom. When you select a class, the character displayed springs into action with a flashy animation that captures the essence of the class—Rogues Shadowstep across the screen and unleash a Fan of Knives, Shaman make the ground around them erupt with the fury of the elements, and Priests levitate toward the heavens to embrace the Light.

Across the board, races will have access to new character customization options including skin tones, hairstyles, and eye colors. Certain races will be able to enhance their look beyond the basics with unique options such as tattoos, jewelry, beards, scars, or flowers to ornament their hair.

On the character creation screen, you’ll be able to more intuitively navigate between different looks with new drop-down menus. Swatches displaying color choices for eye and skin tones will appear alongside the option number, so instead of needing to scroll between different appearances you’ll be able to quickly click between specific eye and skin tone options. All other cosmetic choices are tied to a name in the drop-down menu to give you a better idea of the selection before you preview it, and will make it easier for you to remember your favorite choices. 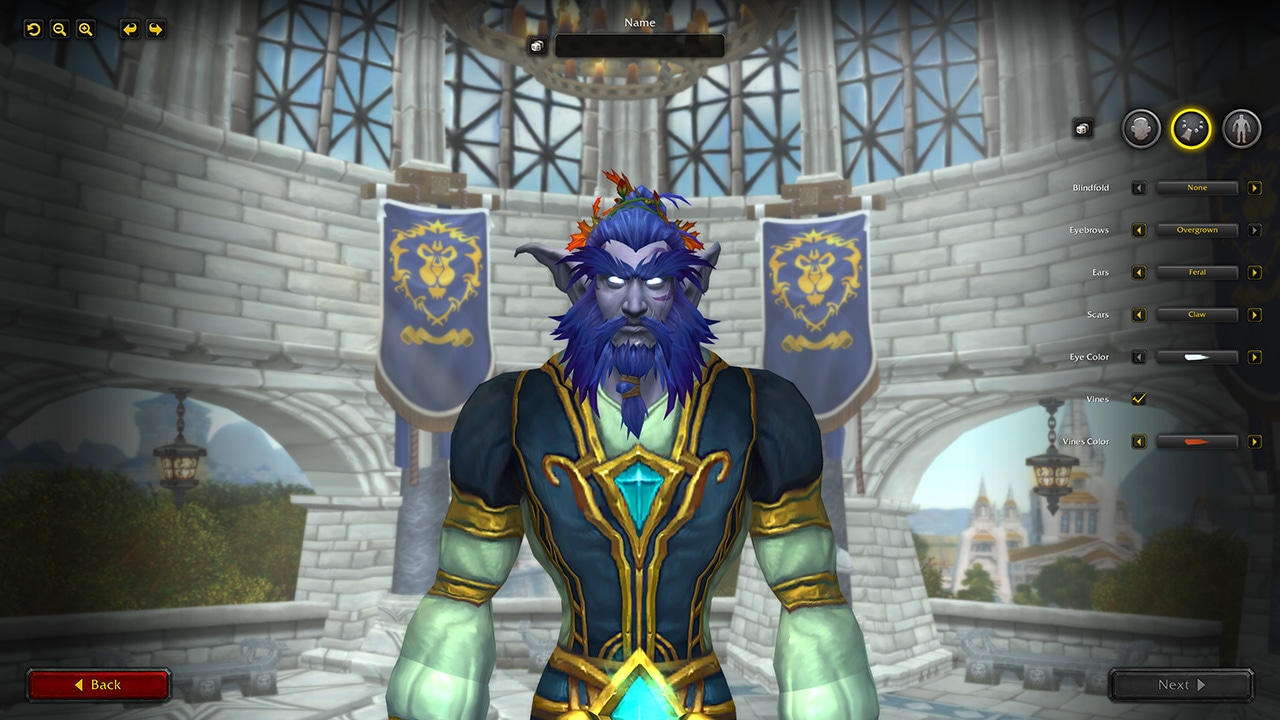 Your Name, Your Purpose

When you’re ready to finalize your character, you’ll need to pick out a name. Now you can see if a name is available as soon as you type it into the field at the top of the screen; a green checkmark means you’re good to go, while a red cross means it’s unavailable and you’ll need to try a new variation or new name.

Tip: Running into trouble finding an available name? Try adding an additional vowel or swapping a consonant for a similar-sounding one, or try your luck clicking the randomize button.

Many customization options are no longer dependent on other selections. Previously, a selected hair color would affect the color of facial tattoos or a hair color would determine eye color. Now, you can choose these independently of one another. Additionally, worgen will now be able to change the appearance of their worgen and human forms independently. Simply click on the portrait options at the top right of the screen to access your other half’s customization options.

You can freshen up your look during your adventures at any time with the new customizations by visiting any Barber. In addition to customizing your appearance, you can also change the gender of your character at the barber. 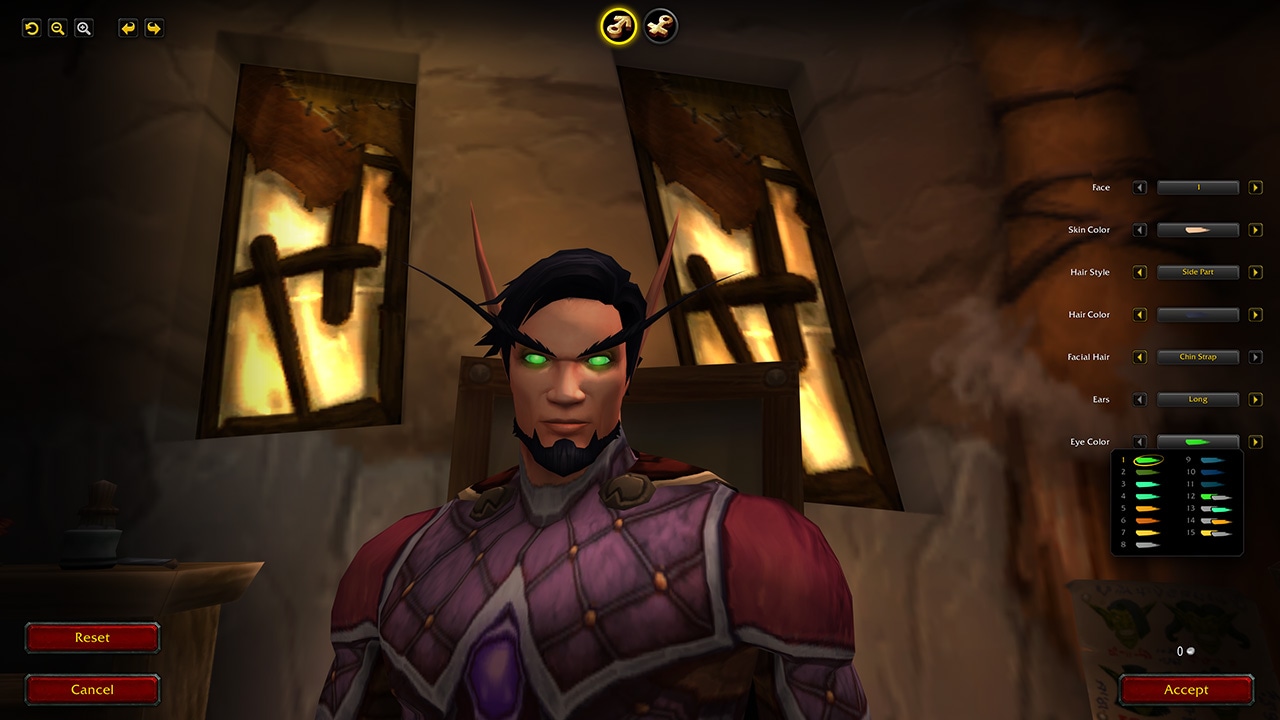 Druids can change their shapeshift appearances at the Barber as well. Now you can choose between forms previously tied to cosmetic glyphs (now called Marks in Shadowlands) and forms previously were restricted due to your characters’ hair or fur color. You’ll also be able to choose between your unlocked account-wide Legion Artifact appearances and the fiery Cat Form from Fandral's Flamescythe if you have collected the weapon from Firelands on Normal, Heroic, or Timewalking difficulties. 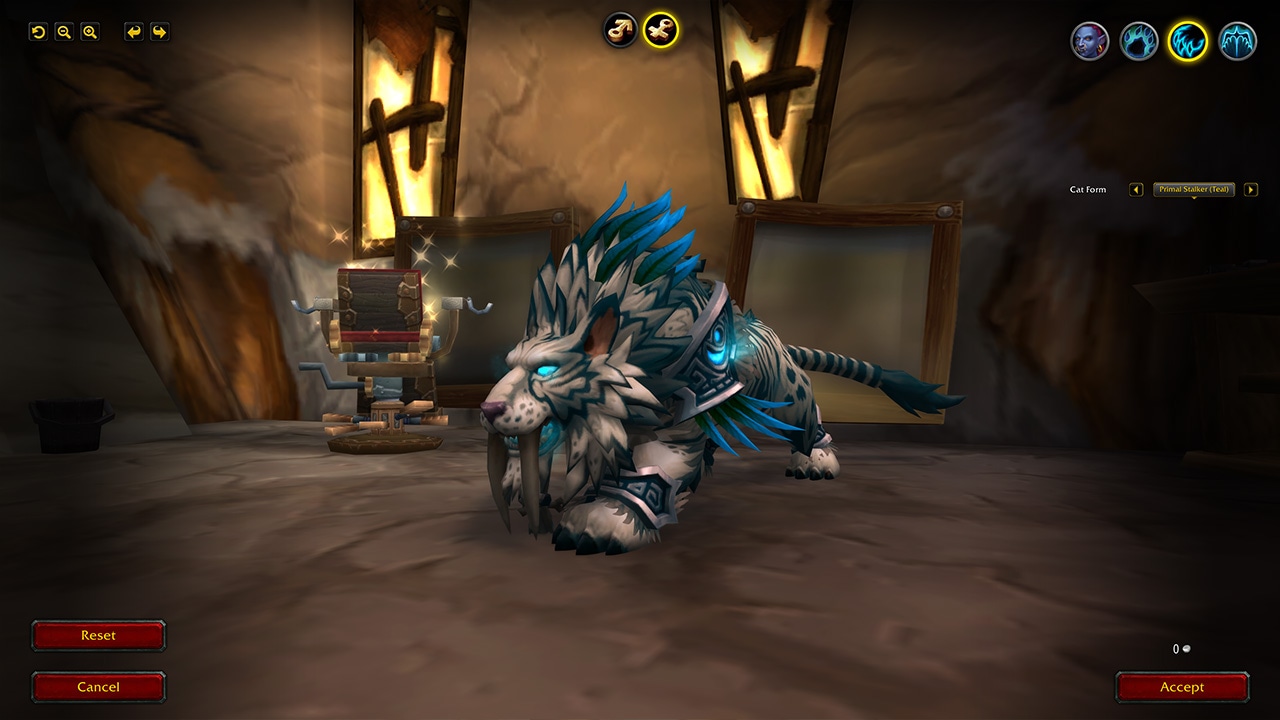