The Shadowlands Pre-Expansion Event is live in NA and EU! There are several time-limited rewards you can purchase with Argent Commendations, before they are removed with the release of Shadowlands.

Death Rising is the Shadowlands Pre-Expansion Event available from November 10, 2020 until the launch of Shadowlands on November 23 (NA) / November 24 (EU), 2020.

Note: Some items from the vendor unlock the opposite faction's transmog for that item. However, most of the items mentioned above are unique (they are not part of the Dread Gladiator Set) so you'll have to double check your collection on both factions to see what you miss.

To track all the appearances that you can get from this event you can use All The Things or create a copy of this spreadsheet made by Amarelis.

Azeroth’s darkest days are upon us.

After Sylvanas Windrunner shattered the Helm of Domination, the dead are no longer shackled and now freely rampage across Azeroth, spreading blight and turning the living into mindless corpses. As we fall, they rise in number, and threaten to snuff all life from Azeroth.

For the next two weeks, you can heed the call to fight back against the fallen and protect Azeroth’s inhabitants. The call to arms quest “An Urgent Request” will be offered to level 48 players and begin a storyline in your faction’s capital city where several notable faction heroes will share their reports of the ramifications of Sylvanas’ actions.

The opening week of the Shadowlands pre-launch event, Death Rising, will see you gather intel in areas surrounding Stormwind and Orgrimmar which are now overrun with the Scourge and report to the Argent Crusade in Icecrown. Together, you’ll face the growing resurgence of the sinister Cult of the Damned and cut down Scourge. Once you complete “Advancing the Effort,” you’ll unlock Daily Quests in Icecrown. Should you continue to aid in these heroic efforts, you’ll earn new rewards including Argent Commendations which you can use to purchase time-limited items only offered during the event, such as gear and pets.

Tip: You can earn more Argent Commendations by turning in Darkened or Pitch Black Scourgestones looted off Scourge corpses, so slay away!

Starting the second week and leading into Shadowlands, you’ll be visited by a dark figure of mysterious origins whose presence agitates the Scourge. Working together, you’ll help the Argent Crusade take down this harbinger from the realms of Death who threatens life on Azeroth. Completing “Only Shadows Remain” will give you access to even more Daily Quests, increasing your earning potential for rewards before Death Rising ends.

You can turn in your Argent Commendations for a variety of rewards, including new gear to prepare you for your journey into the Shadowlands in the coming weeks. Alliance players can visit Quartermaster Renick in Stormwind while Horde players should seek out Quartermaster Lungren in Orgrimmar to purchase specialty goods. Both factions can also trade in their Argent Commendations with either Crusader Adevald Ironbeard or Veteran Crusader Aliocha Segard at the Argent Tournament. 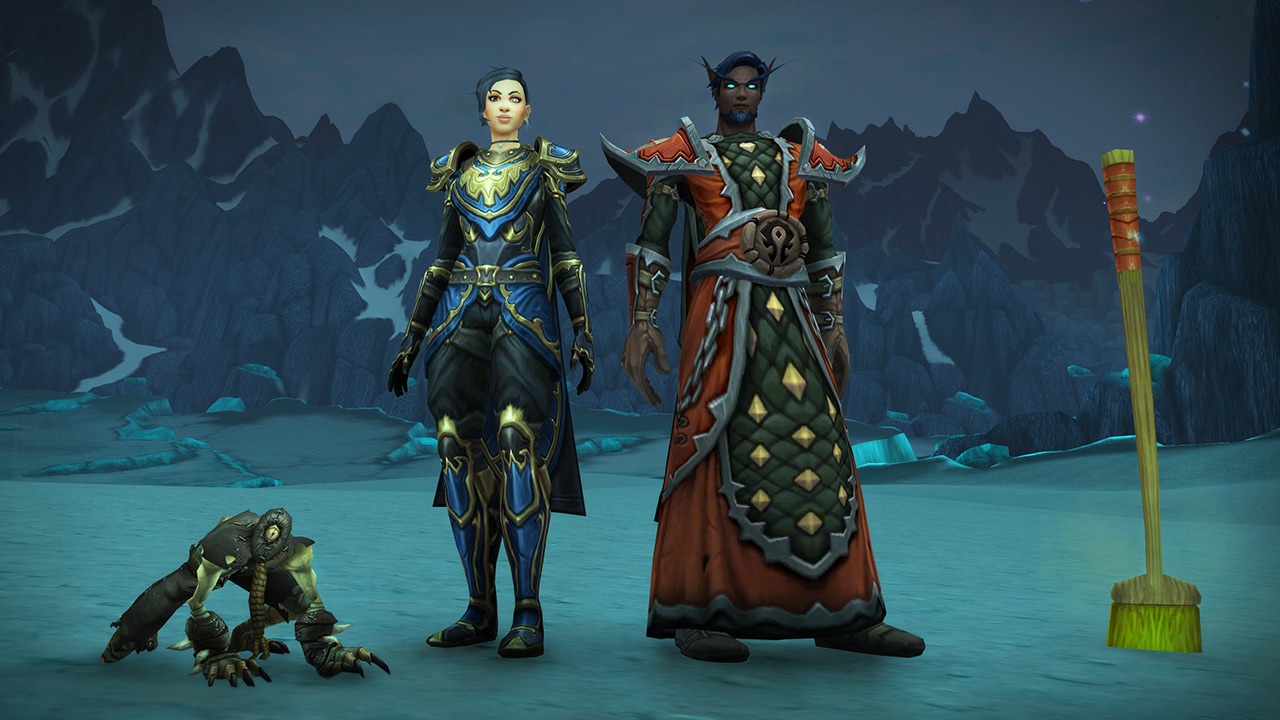 Amongst the many mindless corpses, infamous members of the undead also walk Azeroth once again. These Rare Elites can be found in Northrend and can drop item level 100 gear, which is the equivalent of Normal N’yalotha, the Waking City raid gear.

Tip: When you are close to one, it will display on the map as a purple skull.

You’ll also be able to confront the Banshee Queen’s champion Nathanos Blightcaller and make him answer for his crimes. He’ll be waiting for you at his home Marris Stead in the Eastern Plaguelands throughout the event and can reward a variety of weapon and armor pieces with unique appearances only available for the event. A powerful entity, you’ll need an army at your back to slay him once and for all. Upon taking him down, you’ll earn an equipment cache for completing the weekly World Quest. The Sentinel Equipment Cache contains gear with appearances that can only be collected during the event so make sure to participate before time runs out! 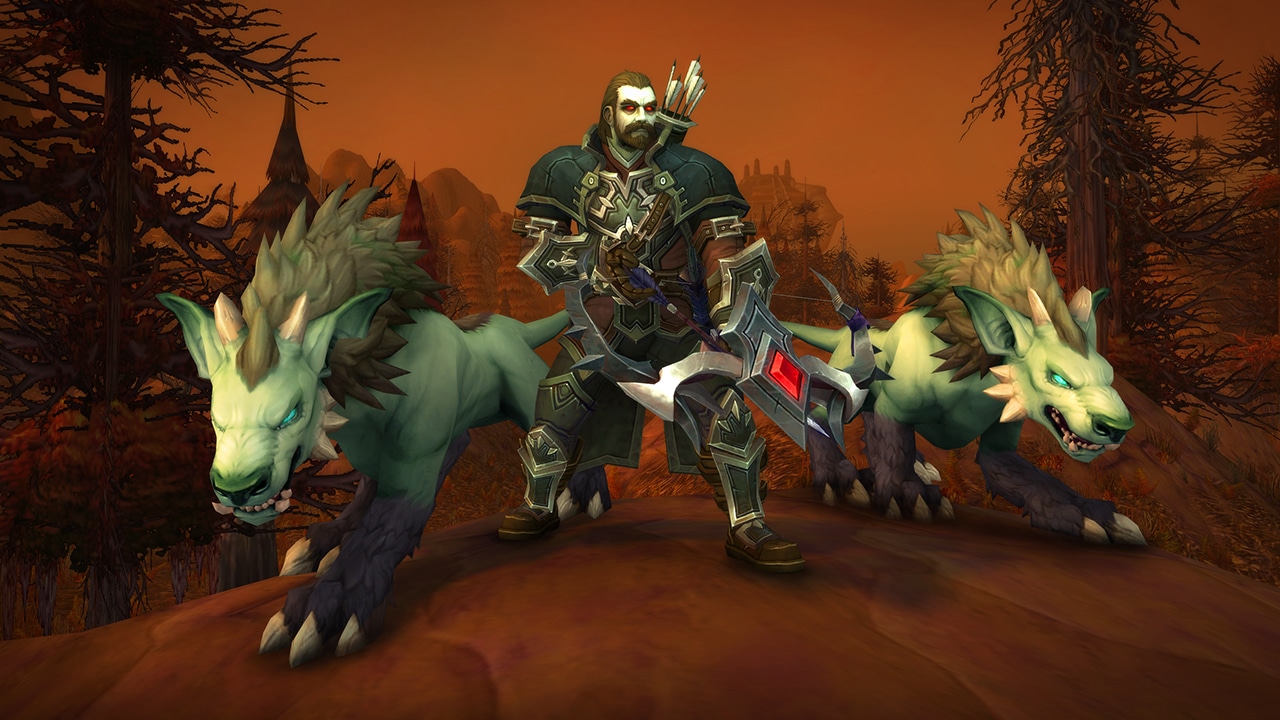 Succumb to the Scourge

A shipment of crates have been delivered to Orgrimmar and Stormwind, and reports indicate that anyone who interacts with them becomes infected. Make sure to avoid them and—if you can’t resist peeking inside—know that it is only a matter of time before you turn.

No one is safe from the blight, and the monstrosities it creates are a threat to both the Horde and Alliance. If you succumb to the Scourge you will be turned into a zombie and can attack your newfound foes with several abilities that aim to maim and infect those who you used to stand with in life.

Zombified players no longer are tied to their factions and are allies with members of the Scourge regardless of their allegiance to the Horde or Alliance in life. They can communicate with each other, but are no longer able to communicate with their former friends and are hostile.

Tip: If you wish to be your true self you must visit an Argent Healer for aid, or use the Zombie Explosion! ability to expel the blight from your body, killing you and dealing high damage to enemies in the area. 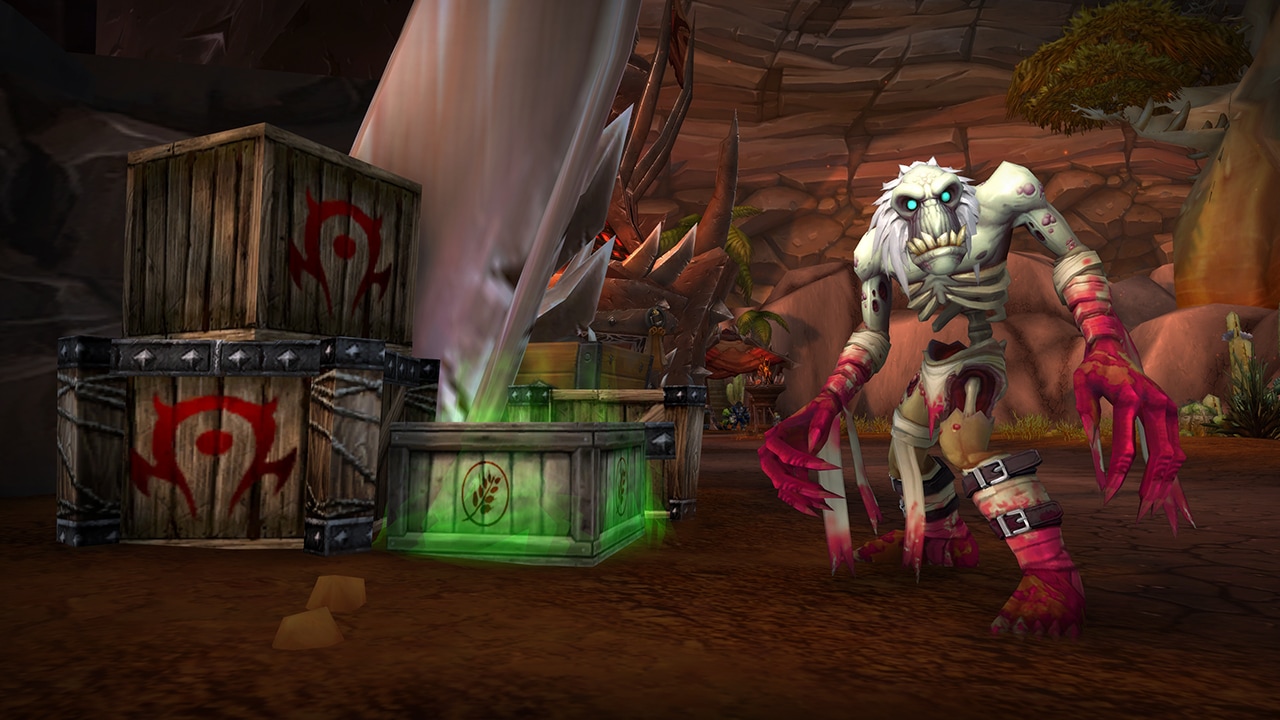 The Death Rising pre-expansion event starts right now so take up arms and cleanse the Scourge from these fine lands until the launch of Shadowlands on November 23!