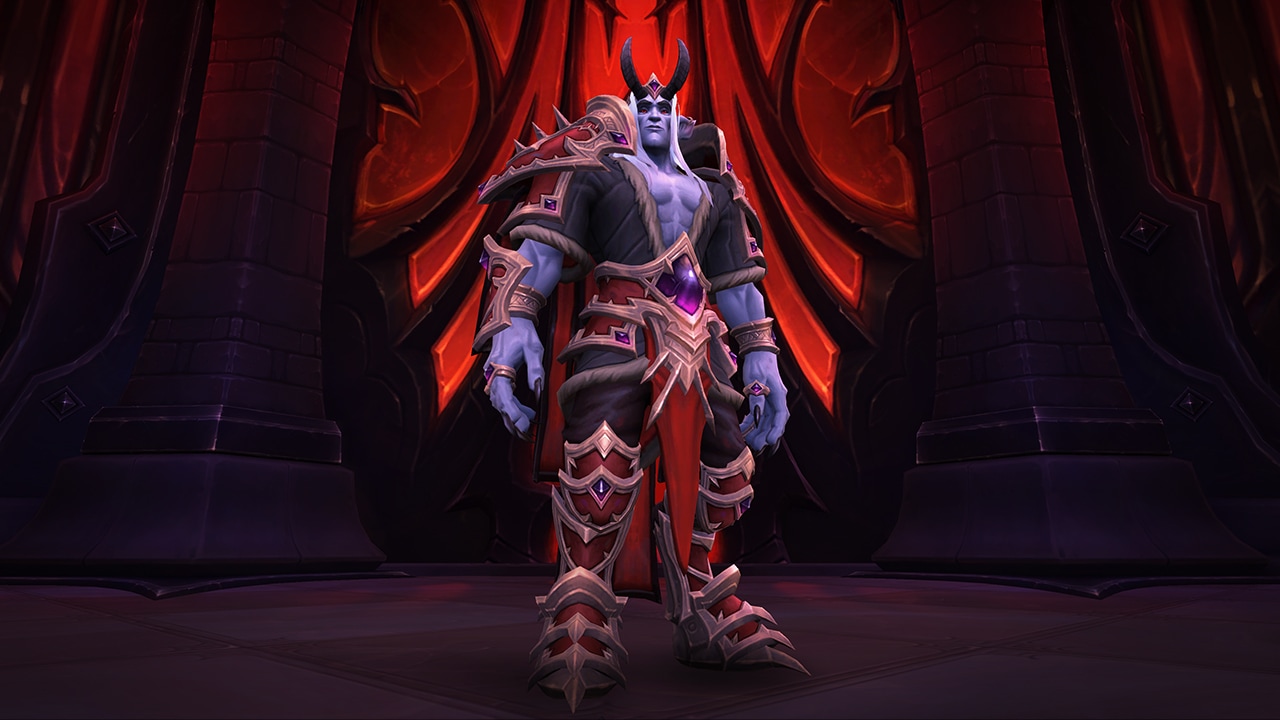 Located in the gothic heart of Revendreth, Castle Nathria is a 10-boss raid that takes you deep into the monolithic lair of Sire Denathrius. There, you’ll face off against unfathomable terrors as you race to uncover a sinister plot and fight to save the Shadowlands from a dark and twisted future. Inside, you will need to outmaneuver a bloodthirsty beast, save a wronged soul from a sinister fate, dance off against cavalier courtiers, and shatter the stone-skinned armies of Revendreth before serving justice to a power-hungry traitor.

Read about the bosses, rewards, and release schedule in our comprehensive Castle Nathria Raid Preview.

The new Mythic Keystone dungeon season is now available with opportunities for new rewards and the first seasonal affix for Shadowlands: Prideful. When this affix is active, your own ego may prove to be your downfall. As you defeat non-boss enemies, your vanity will eventually form a Manifestation of Pride. Defeating this Manifestation greatly empowers the party with Prideful, a buff that increases your damage, mana regeneration, and movement speed for one minute. You’ll want to prioritize your pulls to make the most of your Prideful buff so you can take on challenging enemies more easily.

Check out the Mythic Keystone Dungeon Leaderboards to see who’s staying on top of the clock.

Participating in PvP activities will reward you with Honor and Conquest currencies to purchase battle-ready, epic-quality gear from a PvP vendor within The Enclave in Oribos. You can also use Honor to upgrade your PvP gear to higher ranks and become even more formidable. Participants can earn a host of new rewards, including the Vicious War Spider and—for the highest rated players—the Sinful Gladiator’s Soul Eater mounts.

Keep an eye on the Player vs. Player Leaderboards during the season to follow who’s making waves at the top 5. 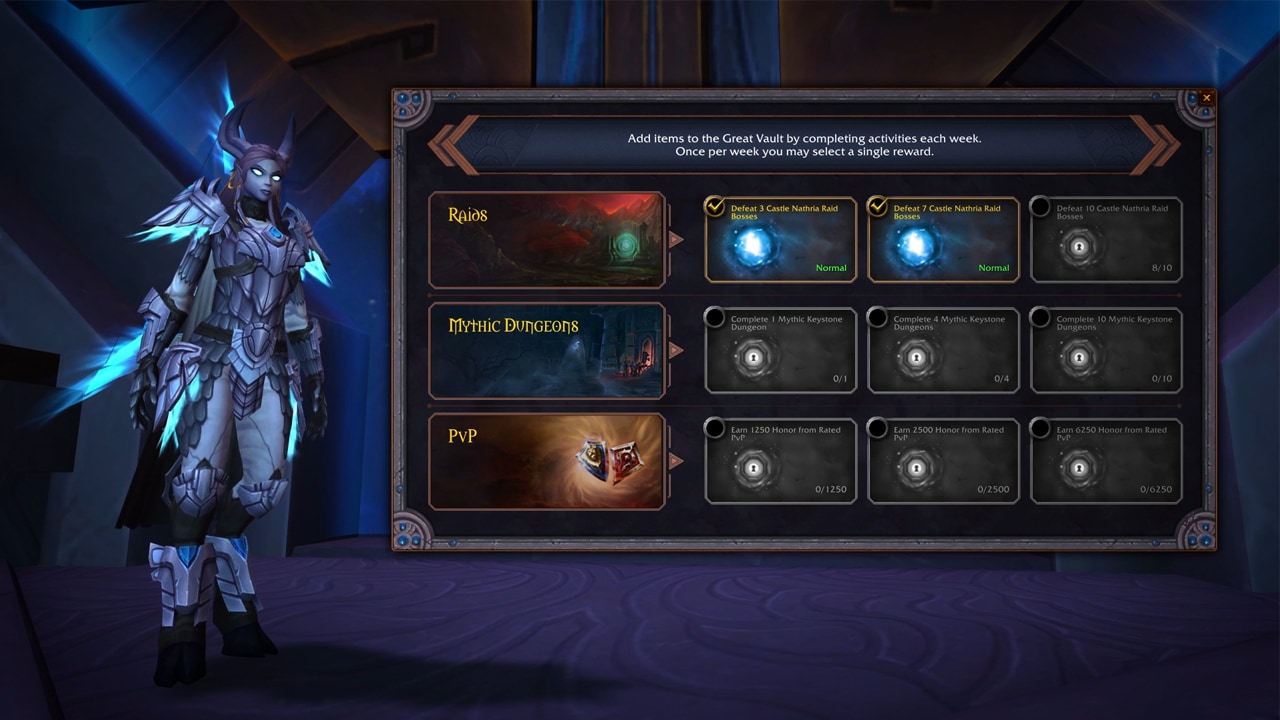 Completing Season 1 activities will allow you to select a reward from the Great Vault. You can unlock up to nine different options for your weekly reward by completing objectives from Raids, Mythic Dungeons, and PvP. Be sure to visit the Great Vault in the Hall of Holding located inside Oribos to select your weekly reward and view the week’s objectives.

For PvP players, the weekly Conquest cap will start at 550 and increase by 550 per week.