Don’t miss out on a steal of a deal just in time for International Talk Like a Pirate Day. For a limited time, you can get 50% off* the regular price of the Dreadwake mount and Cap’n Crackers pet.**

Set Sail on the Dreadwake Mount

True to nautical tradition, the Dreadwake pirate ship mount has a unique figurehead inspired by an unknown kraken-faced god of the deeps 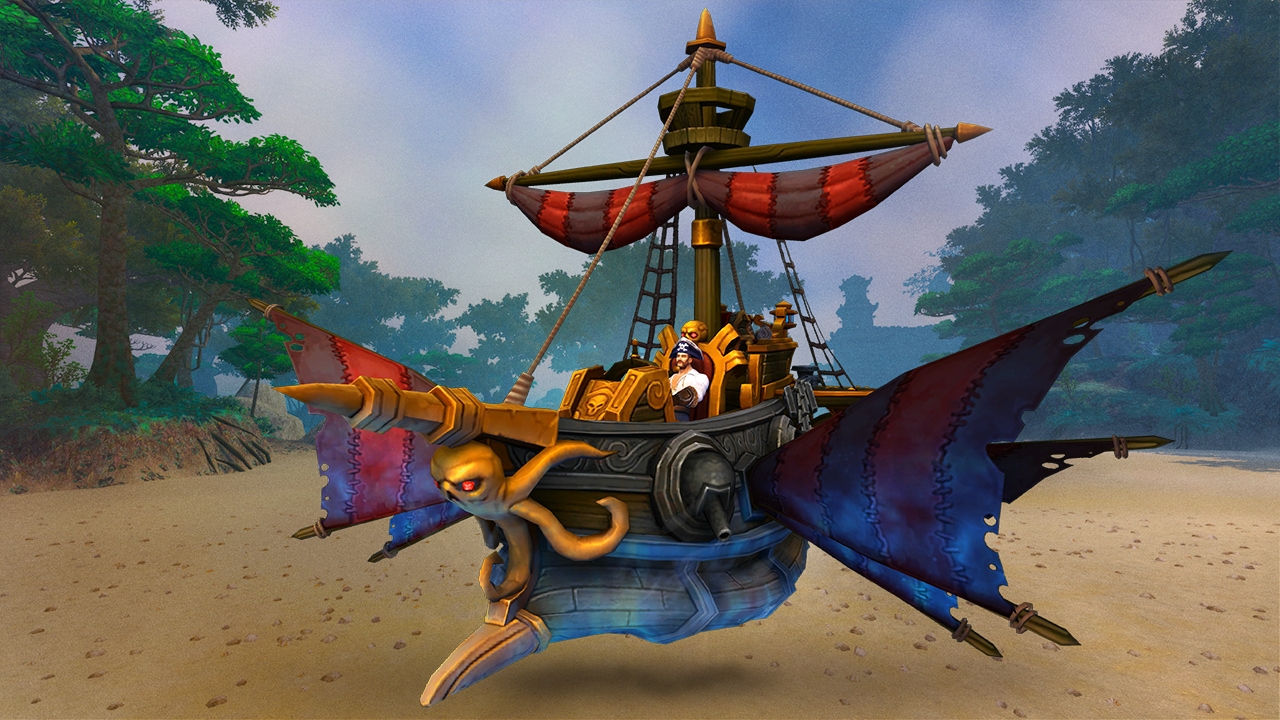 Get yours now from the Blizzard Shop and in-game shop.

This plucky feathered friend is just the companion you need on your swashbuckling adventures through Kul Tiras, Zandalar, and beyond. Adopt yours today from the Blizzard Shop and in-game shop! 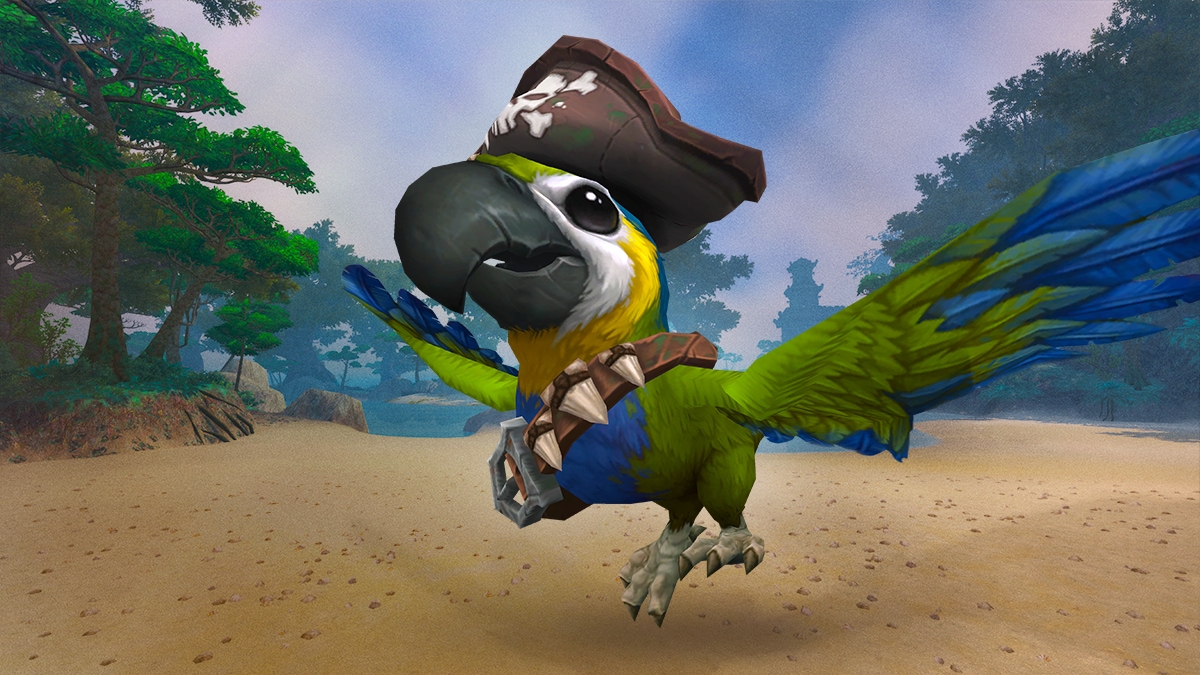 Sail the high seas with Cap'n Crackers, the baby parrot, perched on your shoulder.

Pirates have taken over the goblin town of Booty Bay and Captain DeMeza is recruiting any scurvy dog she can into her buccaneer ranks. Visit her or her henchmen in the capital cities if the pirate’s life is for you!

Feeling out of place in Booty Bay without a proper costume? Don’t worry. /Dance one little jig with the Dread Captain DeMeza and she’ll be impressed enough to press you into her crew and outfit you properly. If you get attached to your new look, you can do the quest You're Gonna Need A Bigger Boat! Succeed, and you’ll get an Emergency Pirate Outfit (or five) for when Pirate’s Day is but a distant memory and your inner pirate is clawing to get out.

What good is a pirate without an avian companion on their shoulder? Captain DeMeza (for the exchange of a few shiny coins) can help you call forth a temporary companion named Petey to take with you wherever you sail.

From time to time the captain will shout for a brave party to take on a terror of the deeps–an elite shark known as Ol' Eary. Make sure you have a hearty crew with you or you could become just so much chum in the waters of the bay. 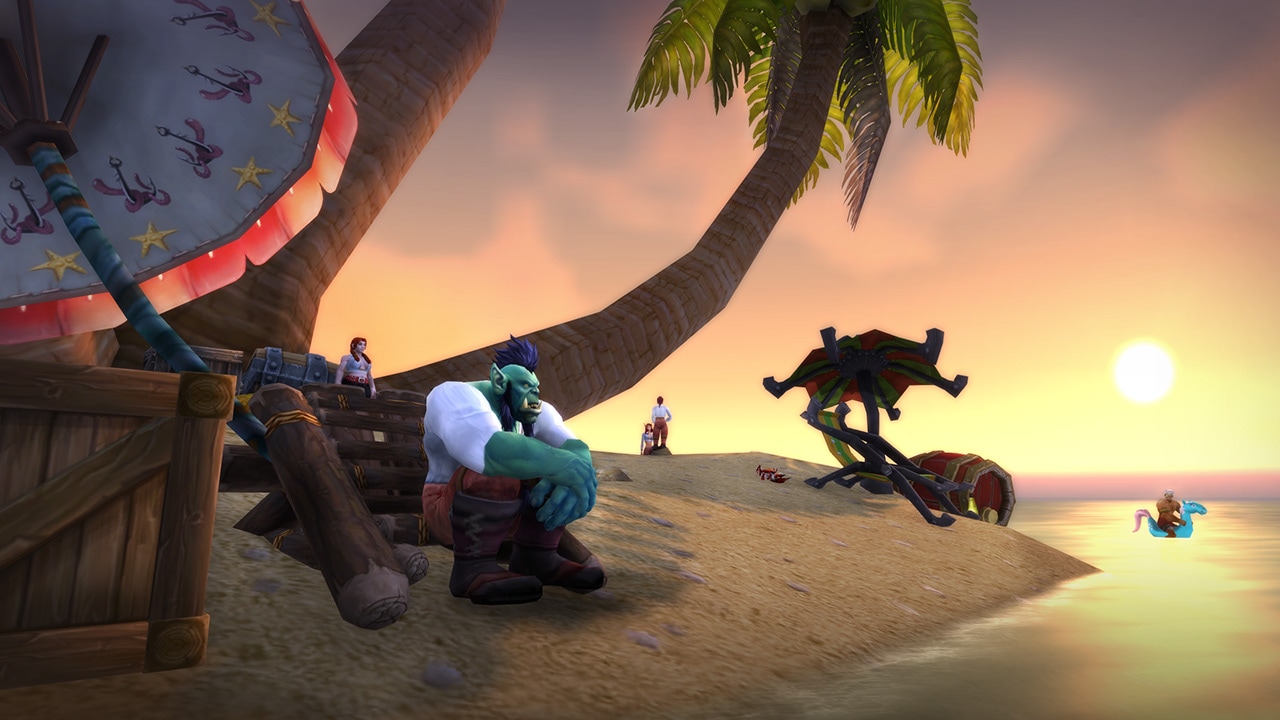 Once you and your crew have helped the captain handle Ol’Eary, you can celebrate with the crew at a little beach party just south of Booty Bay. Those who have validated the Feat of Strenght Avast Ye, Admiral! can also purchase a toy from Edward Techt–the Jolly Roger to show off their dedication to the cause.

If you’re really feeling generous, you can also purchase a Big Bag of Booty from Captain DeMeza and spread the wealth around to all your pirate pals in a burst of glittery glory.

Prepare for International Talk Like a Pirate Day and Save 50% TodaySet Sail on the Dreadwake MountAdopt Cap’n CrackersJump Aboard the Pirate’s Day Celebration– September 19!Bring Your Sea Shanty to Booty BayJoin the Beach Party