Shadowlands introduces a series of three new bonus events within Torghast, Tower of the Damned, offering unique new event Anima Powers. These new powers will provide a variety of wild new abilities to utilize during your adventure through the halls. If you choose the event themed Anima Power at the start of your dungeon run, the remaining choices for that run will change to include additional event themed powers to choose from along the way.

For example, choosing the maw pet power during the Beasts of Prodigum event will alter any remaining Anima Power discoveries in Torghast to include powers that buff your maw pet. Should you not choose to take this new power and choose a normally available power, you will not get any abilities associated with the event within Torghast to use for your run. 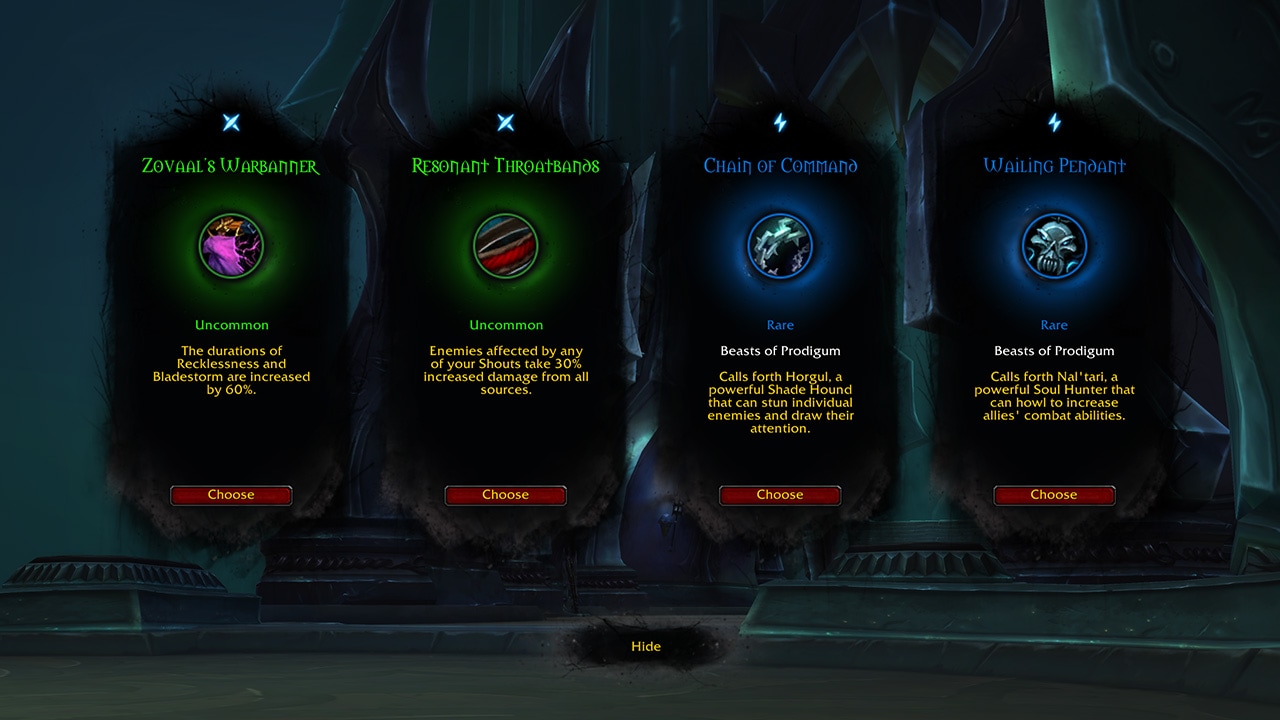 Starting Anima Power Examples. Which will you choose? 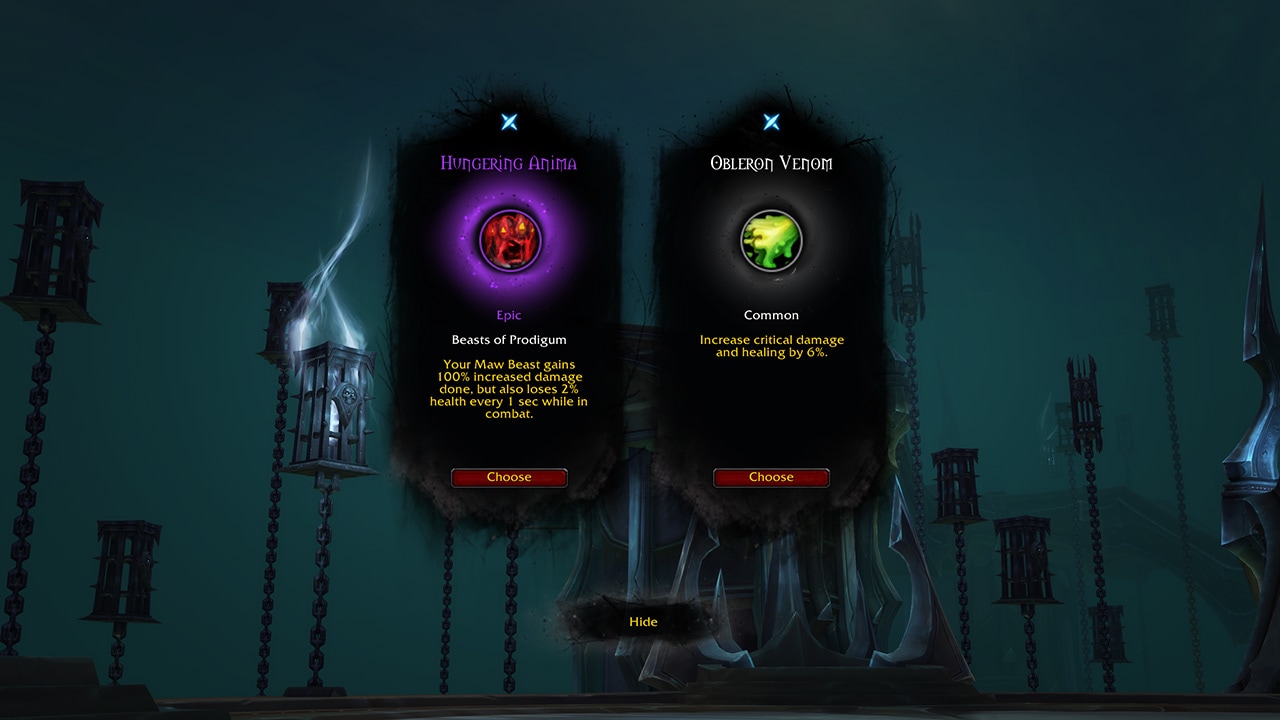 Torghast: Chorus of Dead Souls—Dead souls swarm within Torghast, Tower of the Damned!

The Bonus Events system consists of a rotating schedule of different activities, currently scheduled to run each week beginning on Tuesdays. The in-game calendar can serve as your one-stop reference for the event schedule.